book love: the fault in our stars 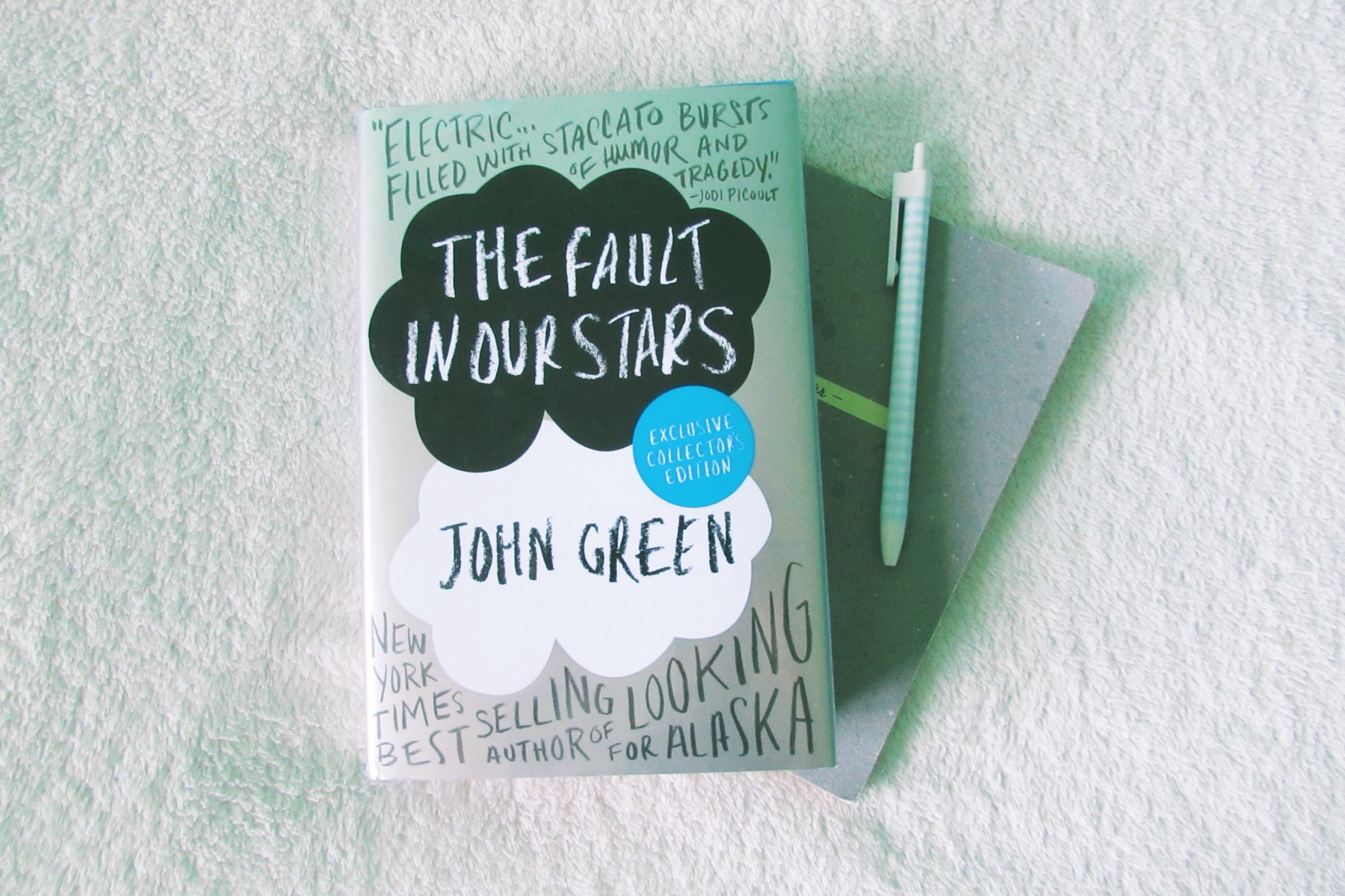 Despite the tumor-shrinking medical miracle that has bought her a few years, Hazel has never been anything but terminal, her final chapter inscribed upon diagnosis. But when a gorgeous plot twist named Augustus Waters suddenly appears at Cancer Kid Support Group, Hazel’s story is about to be completely rewritten.

I finished this book awhile ago. Like, I ordered it from Barnes & Noble and it arrived the same day (a Thursday I believe) and I spent a few hours on Friday just reading the whole thing. I didn’t blog about it right away because there were so many feels that I couldn’t even think straight about it. I still can’t think straight about. That is how much this book has affected me. And as such, everyone should read this book!

The following is sad–like really sad, eyes balling in a sea of tears, sad–so proceed with caution. Also, there are SPOILERS too. But it’s mostly just sad.

“That’s the thing about pain…it demands to be felt.”

So, my dad passed away from cancer last September. Interestingly enough, I read the entirety of The Fault in Our Stars on the sixth month anniversary of his death, which I didn’t even know at the time cause who anniversaries a death? Anyway, I read the whole book in one sitting, as I do every other great teen fiction book from a great teen fiction writer (and John Green is pretty great).

And it was sad. From the beginning we get the overwhelming feeling that Hazel is going to die. I mean, she even thinks it, but she describes her situation with such great sarcasm, we’re almost unsettled about laughing at her sarcastic jokes because she’s talking about something so real. But we learn to love her sense of humor about the whole thing as well as we can feel her pain. Then we’re introduced to Augustus Waters, cancer survivor and amputee, and well, our whole world is turned upside down and we all fall in love with him along with Hazel.

Now, I’m not saying I knew what was going to happen–I mean, I knew someone was going to die cause all my friends who had read this book before me told me it was sad, beautiful, but sad–but I’m not going to lie; I knew what was going to happen. (But why do you say this? Well, because the way John Green wrote the story was the way I would have written it. It’s the overly educated Creative Writing major in me that says this.) But I knew Gus was going to die–or at least his cancer was definitely going to come back. It was obvious to me a quarter of the way in, if not shouting at my face by the halfway mark.

We all cried (admit it, you did!) It was terrible. I was crying when he was in his car and threw up on himself. And yet, the way Hazel narrated the aftermath, I laughed at her humor as well. When she and Isaac were playing video games, that was funny. But it was also heart-wrenching sad because we know they were missing Gus just as much as we were missing him. So needless to say, I was conflicted in my emotions. “My thoughts are stars I cannot fathom into constellations.” I didn’t know what to feel and I didn’t know which feeling was right to feel. Which is why I love John Green so much! It’s very rare when a writer can capture what’s going through your mind when you lose someone you love. And he didn’t candy-coat it one bit! (which I respect so much). You feel all these things and sometimes you do want to laugh and then cry and be angry at the world. You’re basically just a mess. And I felt all of that from reading TFiOS.

But it was beautiful. Really and truly. It’s almost overwhelming, when you really think about it, how great Augustus’ love was for Hazel. Everything he did was for her. And it wasn’t like they knew each other for years. They only knew each other for a very short time, and yet, Gus gave her his world. He used his wish on her, even if it was just a silly waste of a wish as going to Disneyland was. But he gave it to her. He stood by her when she didn’t want him there (ie the hospital scene). He loved her so much, he even wrote her eulogy when he was sick and dying. And it was touching, so much so that Van Houten sent it to Hazel unedited because it was perfect as it was written. All Gus thought about was Hazel.

“I’m in love with you,” he said quietly.

That’s what makes this novel so difficult to read and digest. There’s just so much love and to see it go dark hurts us. Not only that, but it was a love that was so young, it should have had the time to evolve and grow old. But we all know that that didn’t and couldn’t happen. We are simply left with the notion that Hazel and Augustus will be reunited in death, a death that simply came to soon.