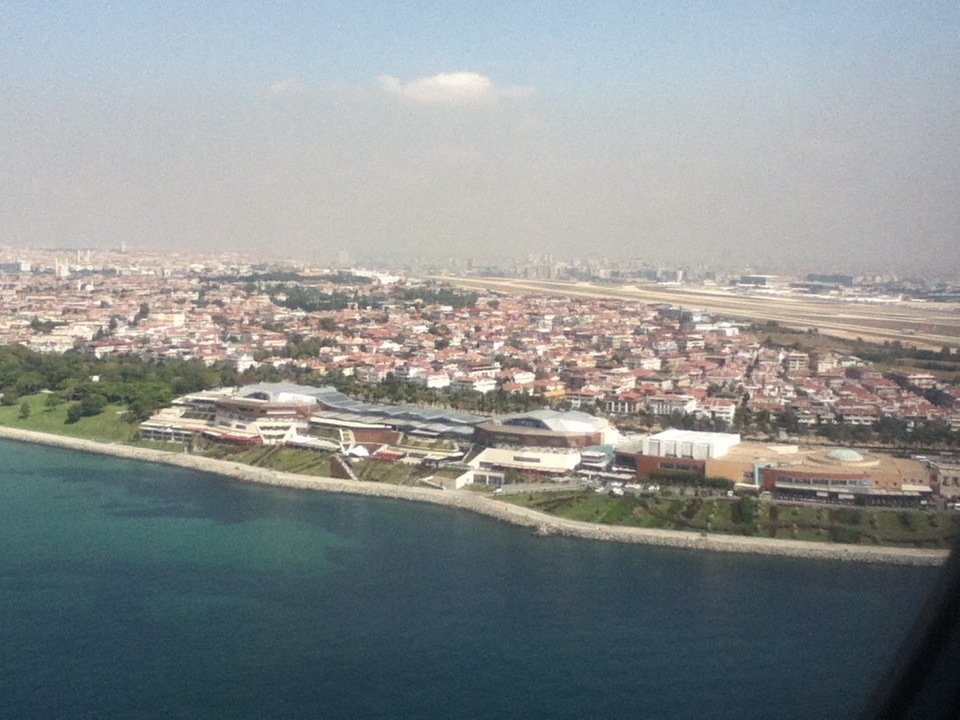 istanbul, turkey
After traveling for about 12+ hours straight with a stopover in Munich, I finally made it to Istanbul, Turkey. It didn’t hit me how completely and utterly terrified I am to be here all by myself until I left the sanctuary of the airport. They drive from the airport to my hotel was fine. The travel rep that picked me up was nice and the drive was smooth. It wasn’t until I got out of the van in the middle of the street that I realized I was a bit out of my element. I suppose that’s only natural when you arrive to a new place vastly different from your norm, but I think the feeling of utter panic was amplified by the mere fact that I didn’t have a familiar with me; that I was truly on my own. It almost made me want to turn back and go home. Almost.

When I got to my room and began to settle down, I was sure that I wasn’t going to leave it until the following morning to eat breakfast and meet my tour group. I was so scared of leaving. For the first time in a very long time I didn’t know what to do with myself. The streets of Istanbul remind me of Old San Juan in Puerto Rico, except from what I had gathered from the drive, there was no definitive grid like I am used to. I swore that if I left my hotel I wouldn’t know how to get back. And after doing a quick Google Map search to get to the Grand Bazaar, I was almost sure I’d get lost.

But I did my search and wrote down directions (since I’m sans technology unless there’s WiFi), and left the hotel. I walked a few paces in one direction, but according to the little arrow in Maps I was going the opposite direction of the bazaar. So I turned around and went what I presumed to be East, until the WiFi signal from the hotel faded and I was on my own.

So I did what I apparently do best. I continued walking aimlessly through the streets of Istanbul with an attitude like I knew where I was going, until I miraculously made it to the Grand Bazaar (don’t ask me how I made it there so quickly, I just sort of followed the people). 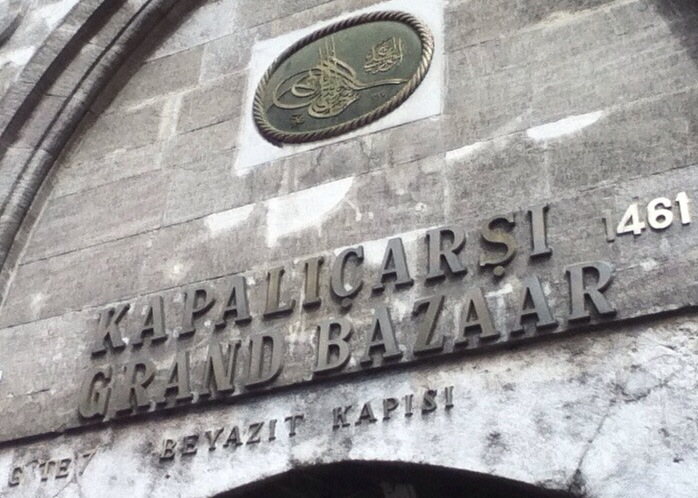 The Grand Bazaar is quite grand. The word huge is an understatement. This place is endless! My mother cautioned me like all mothers do, to stick to the main paths so as not to get lost, but I found that I caught onto the geography of this place rather quickly and was weaving in and out of small shops with no problem and with not a lot of potential to getting myself lost from the main path. There’s tons of stuff to look at, but once you’ve seen a bit of the place, you know that most of the shops are similar and there are plenty of them selling the exact same things. 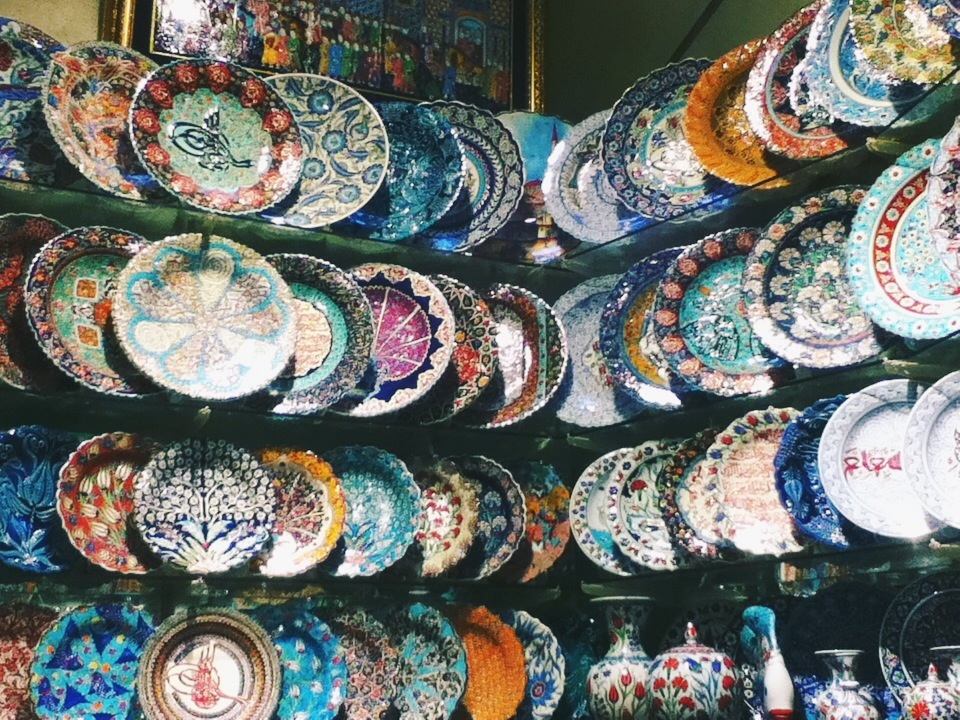 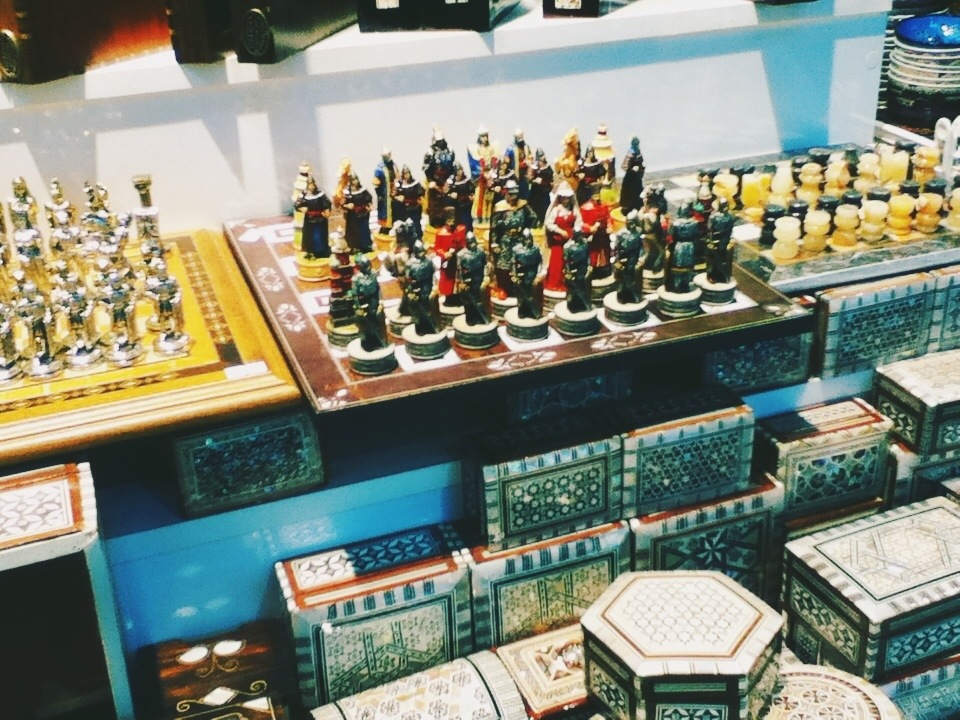 I got bored of the place quickly (the fact that a lot of the shops selling pretty lamps didn’t want pictures being taken bummed me out as well), so I went out and found an ATM to take out some more cash, bought a water bottle, and found a stand by the tram to buy some postcards and these really pretty woven bookmarks. I found my way back to the hotel well before night and did what I do when there’s finally Internet access, update social media. I soon found myself dozing off, so I took a shower, changed into some PJs and went to sleep at around 6pm Turkish Time, only to find myself awake at 12am the next day writing this post because my internal clock is so messed up.

I’ll most likely head back to sleep after this, but I just wanted to share my first day. It was quite an emotional experience getting used to being alone in a foreign city for the first time, not knowing the language or the place. While there are a few things I noticed about Istanbul that I don’t particularly like, I’m trying not to be quick to judge the place only after one day. Let’s see what tomorrow has in store for me. 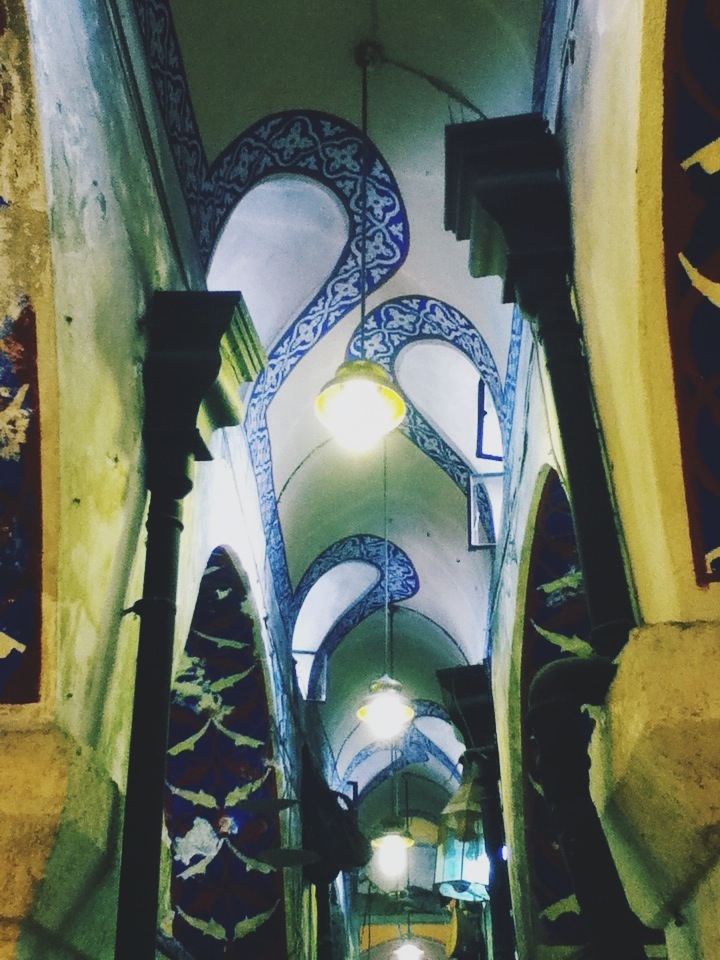 This site uses Akismet to reduce spam. Learn how your comment data is processed.

what i write about

A Cherry on Top