the purpose of life 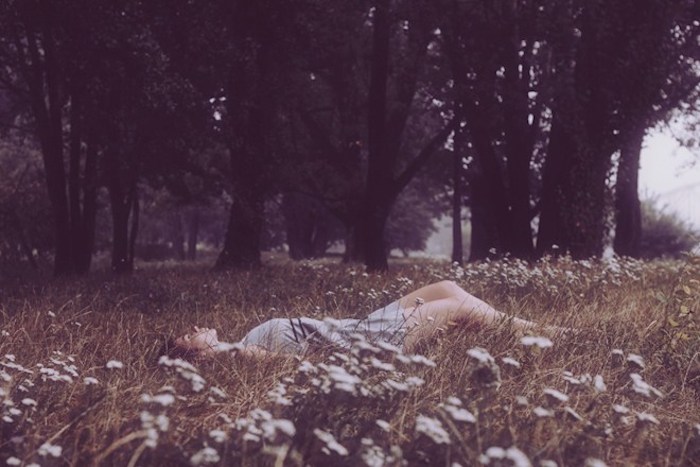 I recently came home from my first solo trip abroad. At first, I didn’t think I gained anything from it but the mere courage I gained from simply going off on my own, but after coming home, I realized that I learned so much more. On my flight home I watched The Secret Life of Walter Mitty and two things resonated with me. The first was the motto to Life:

To see the world, things dangerous to come to,
to see behind walls, to draw closer,
to find each other and to feel.
That is the purpose of life.

I definitely saw a little of myself in Walter. He’s a dreamer with an overactive imagination, who yearns to live life but is too afraid to. I’ve always thought that was me and to some extent, it is still who I am. I know it may not seem so–especially to some who know me–but I’m scared to live my life. Or really, scared of not living it like I want to. And like Walter, I believe this fear manifested sometime after the passing of my father two years ago.

I never in my entire life have been so afraid of life.

But that’s just it. I’m not really afraid of life per say, but more so failure and not being liked and accepted, and well, death. I’m ultimately afraid of trying, of taking that leap into the unknown and free-falling into something possibly great. I’m not as brave as I think some people think I am.

When I landed in Istanbul and checked in to my hotel, I was seriously considering getting back on a plane and going home. I couldn’t do it; I couldn’t go out and walk around on my own because I was scared of what might happen. I had a brief panic attack on the floor of my room and I swear, I never felt so alone. Traveling abroad by myself was really big for me. I will admit, it did take a lot of courage and I’m glad I went out and did it, but at the same time there were moments where I felt so alone that it hurt. I wasn’t confident in myself to open up to complete strangers. As a person with deeply rooted trust issues, being open with others has always been super hard. All of my talk–and I talk a lot sometimes–is superficial. It’s usually about something I know, or have seen or experienced, but never about me; never about how I feel. And it’s those feelings that make connections though, right?

I did two separate group trips on my trip abroad: one in Istanbul and one in Greece. The tour in Greece was more of a small group trip, in that I joined a group and stayed with said group with the same group leader and people for the whole way through. While I met tons of new people, I connected with very few, and it was because I wasn’t as open with myself as others in my group were with each other. My group leader even noticed, telling a fellow group member–who related it to me while I was on an Amaretto Sour 7 Shot Challenge high–that out of everyone in her group, I was the only one who hadn’t really opened up to anything. That of course was until she set up karaoke for the group and music is my solace. Singing is something I genuinely love to do and the confidence in myself shows when I sing. So naturally she’ll see a whole different side of me then. And it was only then that she felt her group was complete.

And that’s why Life’s motto resonated with me. To live, you have to be somewhat fearless, to face your fears, to see the world, to meet people and connect with them, and to feel so deeply you get wild butterflies in the pit of your stomach. And while I did all of these things, I only connected with a few of the people I met and I only allowed myself to feel those wild butterflies just once. As I reflect back on my trip, I could have allowed myself to live more, so much more. If I could do this trip all over again, I’ll definitely live more.

The second thing that stuck with me was this scene:

I have always lived my life in the after the fact. Analyzing and obsessing over the should of’s, could of’s and what ifs. I always have a hard time seeing the most important things while in the moment and only realize them after the time to honestly acknowledge them has past. I often find myself wanting to wholeheartedly say thank you to that one person who made me feel so special that one time, long after that moment has past; long after that person is out of my life and I could never again have the opportunity to say thank you the way I want to.

I suppose that completely negates to live in the moment. I can take everything in but not see how overwhelmingly great it is until after it’s over.

And I suppose that’s one of my flaws.

My friend once told me that I fail to read the signs. And I suppose that I do. But I don’t mean to come off ungrateful or impolite or wanting to brush you off because I was just not into you or the moment or anything. No, I was probably reveling in the fact that you saw something so special and worthy in me that it made me feel so self conscious I forgot everything and began to obsess over the fact that I’m not special or worthy of anything, let alone someone else’s interest. I purposely deny that any of those signs are real, that it was just my imagination, that no one could be that interested in anything I do because let’s be honest, I’m way too insecure to let anyone know how truly amazing I really am. It startles me to know that other’s can see things in myself that I can’t.

I find it hard to let anyone know how I truly feel about them, and when I do, it’s often too late. And to that I am sorry.

What it means to live in the moment is to just stay. To stop talking, moving, thinking, and just take in the moment. To acknowledge the greatness and appreciate it. To feel something and embrace it. Now, I’m not one to have regrets, but I do wish that I slowed down sometimes and took a moment to really take everything in, even if it meant to pause and just stay.

But for the future, I will try to live the life I imagine in my head and let people live it with me. It will be hard and it won’t happen right away, but I will at least begin to consciously try. I will try to think less about why great things happen to me and simply live in the moment and try not to question it. I’ll try to accept it as a compliment and simply say thank you. I will no longer deny myself those simple joys in life because I think I’m unworthy of it. Because, like you once said, no one cares.