on being light skinned 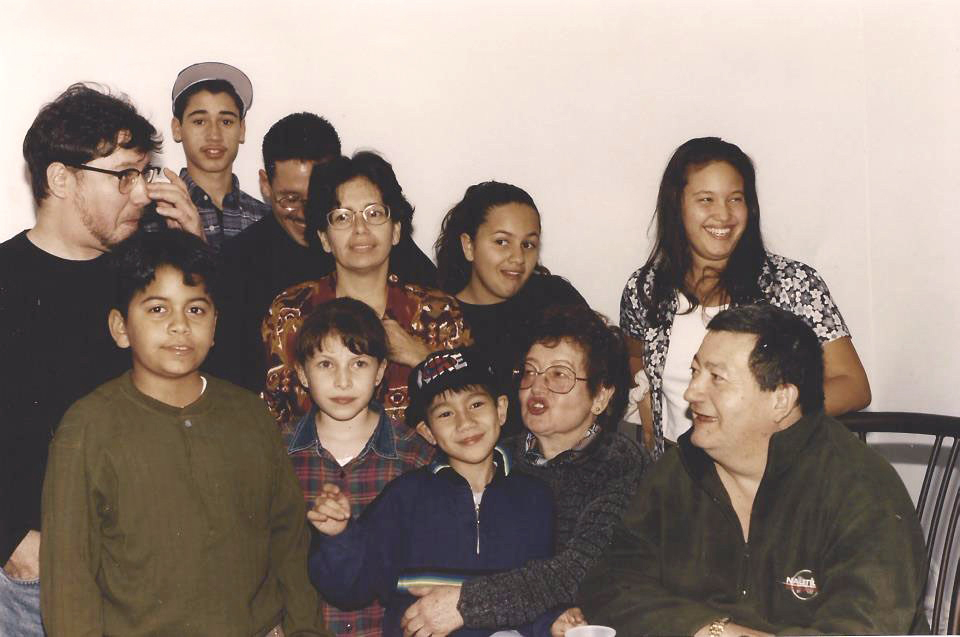 I must have written the title of this post a hundred times over. I don’t really know what to call this thing that I’m about to explain, but I can say that it’s the truth and it happens all of the time. I don’t like getting political on my blog, but with the current state of discourse, it’s hard to ignore certain things going around at the moment. But for this post, I want to discuss identity, specifically my identity and many others who are like me.

It’s a fact of being who or what a person is, isn’t it? It’s not a perception, it’s a truth. You can’t always know a person’s identity just by looking at them. Sure, I have brown hair, light green–sometimes blue–eyes, light skin, am 5’2 and weigh about 110 lbs, but is that my identity? Sure, yes, probably…on the outside. But identity is so complex when you add all of the attributes that make up a person in today’s society. You can’t generalize who I am just by looking at my skin color.

I’ve been meaning to write about this for a very long time, but I could never put into words exactly what this is. A friend of mine recently posted something on Facebook about someone telling her that she couldn’t identify herself as a person of color because of her light skin. This irritated her so much. As a Puerto Rican, my friend always identified as being a POC, regardless of her light skin because Puerto Ricans–as are any Latinos–are considered POC. There was never any doubt in her mind that she was anything other than a POC. Yet because she is light skinned, she can “pass as white,” yet she’ll never actually be white.

This is the story of my life. I can’t possibly explain to you the countless incidences in my life where I was denied who I am based on the color of my skin. For a little background, I’m Puerto Rican and Dominican. My father was Puerto Rican and my mother is Puerto Rican and Dominican. I consider myself Latina. I am a person of color. But you would never know that just by looking at me because I’m hella white. Just telling someone that I’m Latina was a bit shocking because no one inquiring would ever believe that because I don’t look like I’m Latina.

I have so many friends who are just like me, light skinned Latinas. I have dark skinned, tan skinned Latino friends. I have family who are light, tan, dark, Asian…yes, and despite the fact that we all look so different because of the color of our skin or particular facial features, we’re all still Latino and very much family.

I think it occurred to me sometime during elementary school that there were going to be people in this world that just don’t get it. Granted, as a child, I’d give my peers the benefit of the doubt because we were, well, children. But let me explain. I have two cousins–first cousins, blood cousins–that I’m close in age with. One is a year older than me and the other is a year younger. And we all attended the same elementary school, just a year behind each other. My older cousin is dark like his mother and my younger cousin is Asian like his father. I’m light like my father, yet despite all of this, we are cousins. Everyday at recess, we got to see each other when all of the kids from different grades got to play together in the school yard. We all had our own friends, but we’d make it a habit to say hi to each other everyday because that’s what family does. Our friends never understood why we did that though until we’d say we were cousins. Then they were even more confused.

Fast forward a few years to high school. Anytime a Caucasian schoolmate would ask me where my family and I were from, I would tell them and they’d constantly say “No, you’re lying.” Is it really so hard to believe that a light skinned person can be Latino? Or a dark skinned person? Or an Asian person? Latinos come in every shade of the rainbow! I’ve got family who are light, dark, Native, African, Chinese, Filipino. For me, this is normal and as I got older, I had stopped seeing color. It wasn’t until maybe I was a senior in high school that I realized color meant something. I became aware of this when I was on the subway with some friends of mine–two dark skinned Dominicans–and an elderly white woman gave me the most disgusted look for even sitting and talking to them. Because someone like me–like the way I look–shouldn’t be riding the train home with people like them. Yet, I identify more with them than I could ever with that white woman, because to me, they’re like my family.

Now don’t get this twisted, I’m fully aware of my privilege as a light skinned Latina. I don’t get stopped by the cops, or get followed around in a clothing store. No one looks at me twice because I blend. Yet, I constantly feel awkward and out of place when surrounded by Caucasian peers. My first year of college I went to a predominantly white private university. I accepted because the school had an excellent creative writing program and that’s what I wanted to do at the time. It wasn’t until a week into my first semester how big of a mistake it was. There were no students of color in any–if not all–of my classes. As a born and raised New Yorker, from a Latino family, who’s spent all of her life in the city’s public school system, being in a classroom full of white peers with a white professor made me feel super uncomfortable. And I got to know some of them and they were nice people. A few even became my class friends (you know, those friends you only have in class). But there was something about it all that made me feel out of place. I honestly can’t explain it other than that: it made me feel out of place.

Then one day it hit me. Because there were very few POC in my classes–and in the school as a whole–I felt on edge all of the time. I felt defensive. It hadn’t occurred to me until one afternoon during my History of the Holocaust class. Now, this was a small class. There were about sixteen of us and not only were we all in this same class together, but we were an advisory class, meaning we all had the same advisor and were in the same freshmen advisory on Friday afternoons. It was towards the ending of the semester and we were discussing why the United States didn’t get involved in WWII sooner than it did. I’ve always been a quiet student, so after the regular talkers spoke their mind, our professor decided to call on one of us quiet kids. And that day it was me. I recall saying something about the United States’ isolationism and the fact that the country was struggling with it’s own racial problems. My professor told me to elaborate, so I mentioned the discrimination of Irish immigrants and the establishment of Jim Crow in the south. And as I was talking about the blacks and segregation, a fellow classmate chose to interject by saying that the plight of the blacks in a Jim Crow south wasn’t nearly as bad as the suffering of the Jews in Nazi Europe.

I’d never felt so much anger in my life. I quickly responded by saying “Oh, so you think the public lynching of thousands of innocent black men, women and children isn’t as bad as millions of European Jews dying in gas chambers?” I saw no difference in the suffering of those two groups of people and it infuriated me that my classmate did. Yet, the look on my classmates’ face spoke volumes. I had insinuated that her comment was racist–and let’s be honest, it was pretty racist–but because it was me who called her out on it, me a fellow “white girl,” comrade at arms, it made the most impact. I realized then my privilege.

I’d always internally complain about my skin color as a kid because I never felt accepted by the white kids at school and the kids of color, blacks and Latinos alike, never accepted me because of my whiteness. It was a Catch-22 and it made my entire middle school experience complete hell. But people grow (I hope) and I soon found my tribe of all sorts of people, identifying themselves in all sorts of ways, and I love them. Because we accept each other regardless. And while I still have to defend my Latina-ness to strangers, I wouldn’t change the fact that I’m light skinned. It gives me a chance to lend my voice to someone darker than me, someone less fortunate, who would have had a much more difficult time defending their people (my people) in a predominately white arena.

I think the complexity is in what it’s like to be Latino in the twentieth–now twenty-first–century. Latin America spans such great area of land on this Earth and with years of colonization, you have Natives and Europeans and Africans all mixed together with a few Asian settlers mixed in and you end up with a whole melting pot of people with Spanish as their native tongue. It’s an interesting thing because we all can understand the plights and privileges of our respective skin-colored counterparts, but as a Latino, we all come from a similar cultural heritage and we will never know any other way of life other than being Latino. 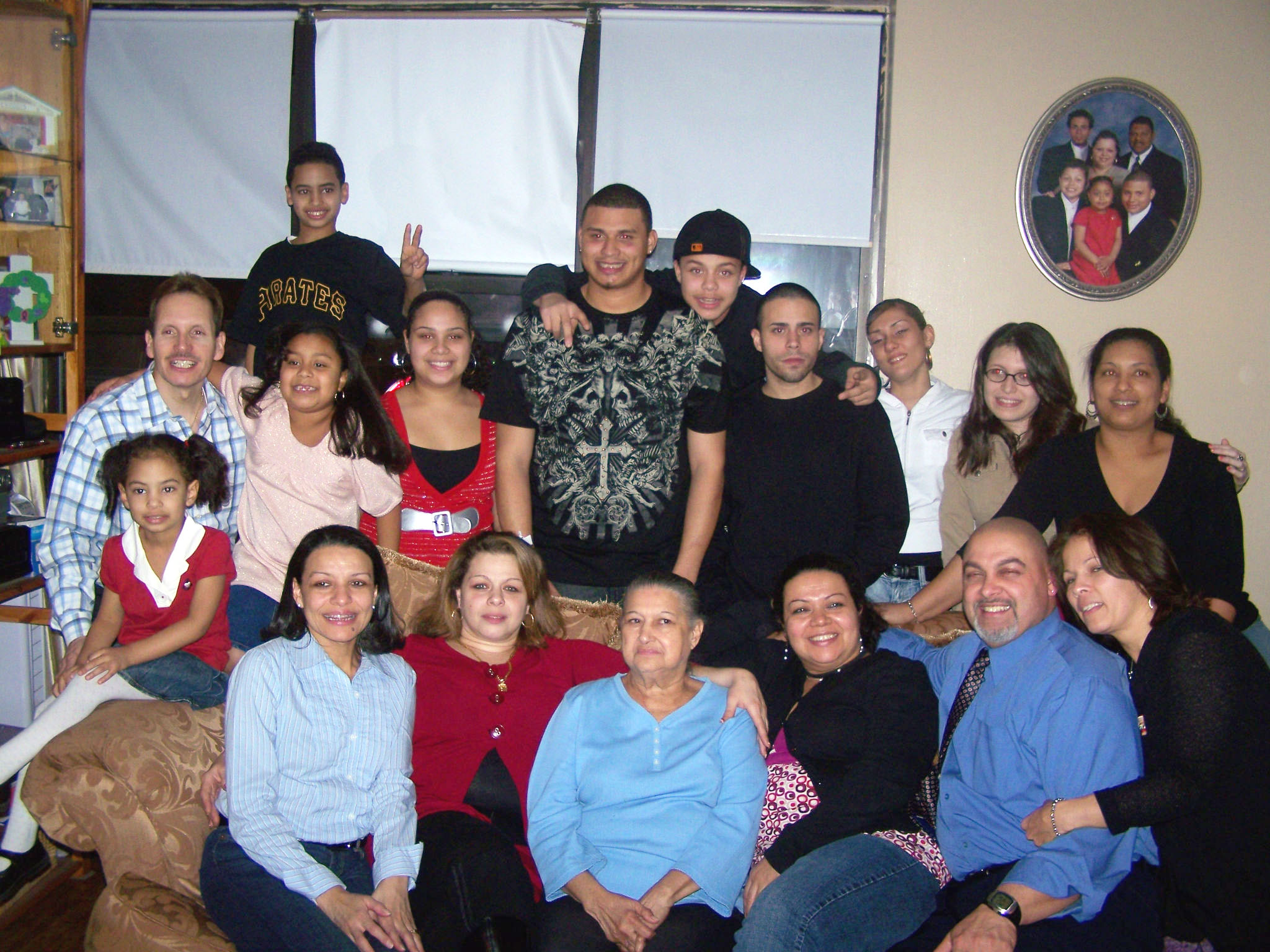