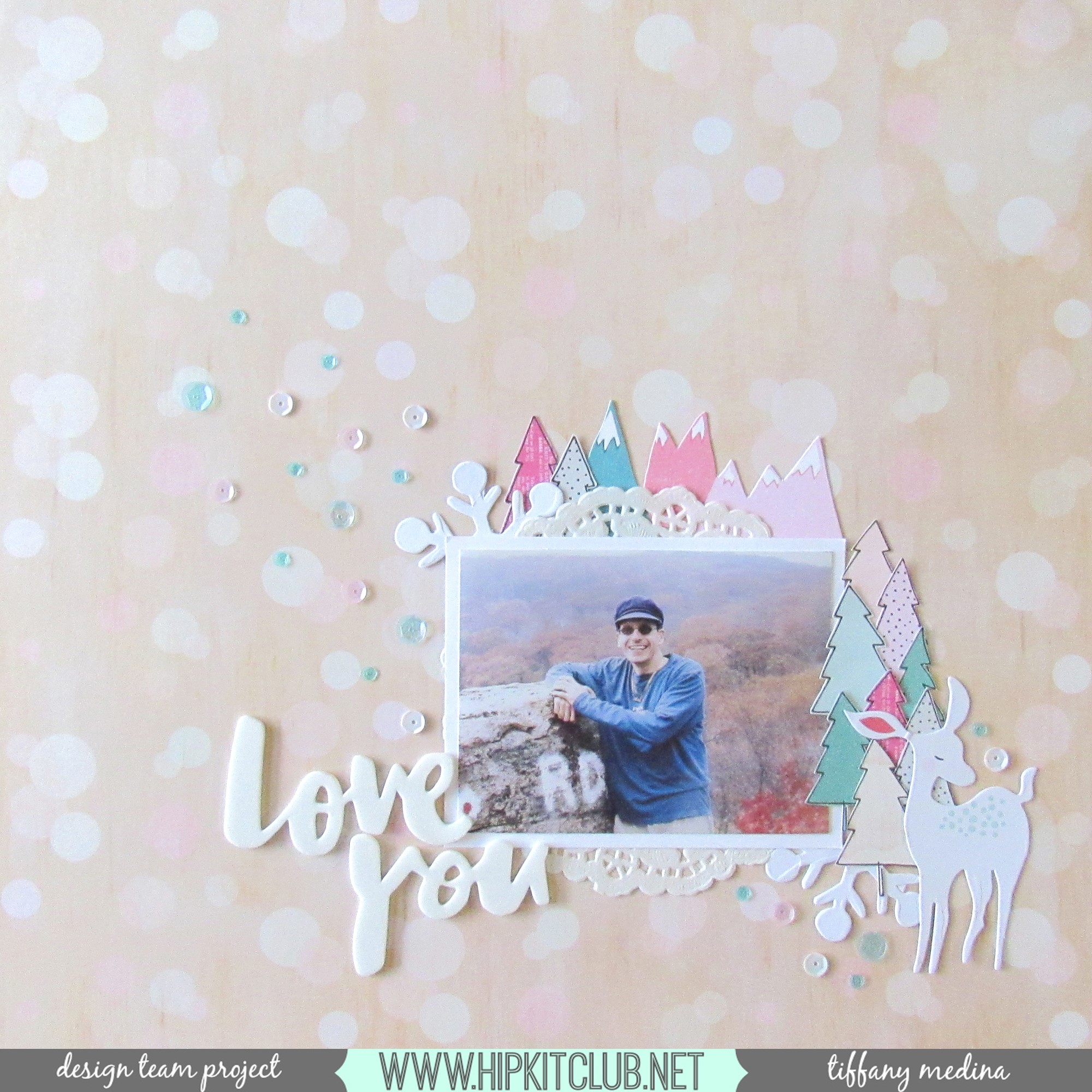 Hello everyone! I’m back with a simple layout using mostly the November Hip Kit Club Kits, with a few bits of December’s kit thrown in. I just love how both kits match that I tossed some left over papers from the November kits in with my December kit to use together. For this kit, I used that Hip Kit Club exclusive paper with the woodgrain bokeh effect from the November kit as my background. I wanted to pair it with this photo of my late father that I had printed out because the color of the photo matched the December kits so well. Turns out, there wasn’t much in the December kits that I wanted to use on this layout!

That photo of him was taken while on one of his hiking/camping trips and I loved the idea of adding in the trees from the Crate Paper Snow & Cocoa paper, so I spent some time fussy cutting a few out. In the process of looking through my left over November bits, I pulled out that white deer from the Hip Kit Club exclusive die cut pack, the mountains and one of those white snowflake pieces from Snow & Cocoa. I also pulled out a white doily from my stash to use as well.

I matted the photo on some white cardstock first before I began playing around with placement. I ended up adding the doily behind my photo and framing the entire thing with the trees I had cut. I cut the white snowflake in half so that I can use it on both side of the photo, tucking them behind the trees, just to balance out the little cluster I was creating. I added the deer on the bottom right. I positioned the cluster on the bottom right side of the page because I wanted to create some sort of diagonal movement going up, but at the time, I didn’t know how. I had pulled out all of the sequins from both kits just in case and I ultimately settled on the light colored ones from the November kits. I only used the light pinks, blues and white sequins and scattered them across the page to create that sweeping motion upwards.

For my title, I really didn’t know what to put. This is one of my favorite photos of my father and I’d wanted to do a layout with it for some time. I decided to use the Amy Tangerine white foam thickers from the December Kit that spelled out “Love You” as an in memoriam of sorts. I absolutely love how this layout turned out. It’s definitely more on the minimalist side, but I still find it striking. Definitely the way to use such a busy background paper! 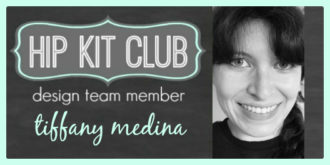